Toaster Breaks (later renamed Toaster Pizza/Melts) were a side-product of Hot Pockets, featuring turnover sandwiches that could be taken out of the freezer and heated up with a toaster for a cycle or two. They were first introduced in 1998. 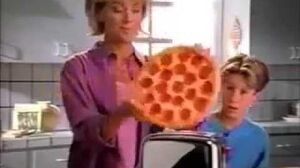 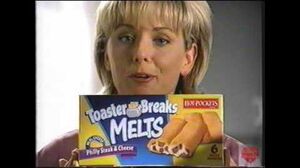 Retrieved from "https://the-foods-we-loved.fandom.com/wiki/Hot_Pockets_Toaster_Breaks?oldid=4562"
Community content is available under CC-BY-SA unless otherwise noted.