The "Animal" is the mascot of the Peperami brand since around 1993. He is an anthropomorphized Peperami sausage stick who wears black boots. A "bit of an animal" (as the marketing slogan goes) and a "crazy wee fella", he has a bad attitude with an ill temper and a bold and sometimes-psychotic streak, that which has been toned down somewhat in recent years. He is also unafraid of injury, mutilation, or even getting eaten, as seen in certain ads that he stars in.

He also has a self-destructive side to himself, as, in one ad from the 1990s, he ate off his own arms. Another example is when, in the advertisement for Peperami Noodles, he dives into a blender, laughing maniacally as he was chopped into pieces. In yet another instance, he moisturizes himself with applesauce before turning on a garbage disposal and jumping into it to "exfoliate".

With the introduction of Peperami Classic Beef, a beef-based, bull-horned counterpart to the Animal with a macho personality has also come onto the scene. He is also described by the original Animal as being "his brother from another mother", and that the two of them went way back.

The release of Pep'd-Up Chicken Bites lead to the introduction of another variation of the Animal character, this time with a chicken motif. 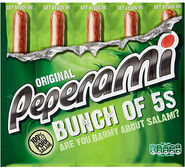 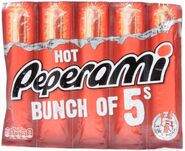 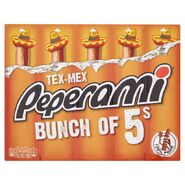 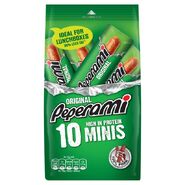 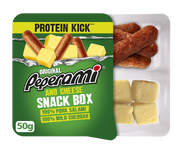 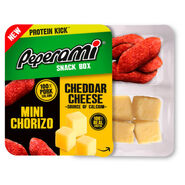 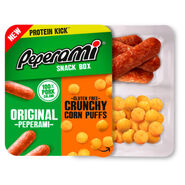 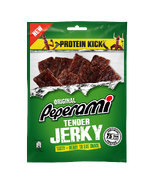 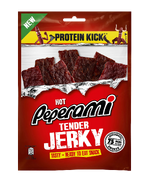 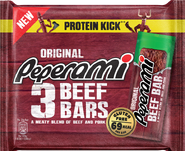 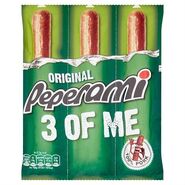 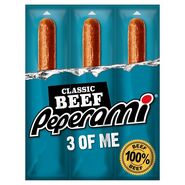 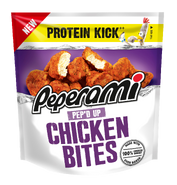 Pep'd Up Chicken Bites
Add a photo to this gallery 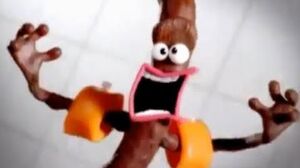 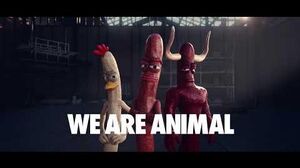 Peperami - We Are Animal 40"
Add a photo to this gallery
Retrieved from "https://the-foods-we-loved.fandom.com/wiki/Peperami?oldid=4855"
Community content is available under CC-BY-SA unless otherwise noted.